Brought to you by:

Another strong front will move through the area through this evening. This will bring another round of gusty winds and precipitation to the area, this time with snow levels starting off at around 3500 feet. This front will not be as wet as the Friday night into Saturday system, but the snow at lower levels will have a higher impact. There will be strong winds as well, especially east of the Cascades. Snow levels will drop to 2000 to 2500 feet behind the front on Monday morning. The heaviest snow will occur in the Cascades and western Siskiyou county. Winter Storm Warnings and Winter Weather Advisories are in effect for this system.
The cold core low driving this front will edge into the offshore waters Sunday and slowly dig south through Monday night. This will bring increased instability to the area, and thunderstorms are possible from the Coast Range west and over the coastal waters beginning Sunday and continuing through Monday night. The digging low will also support continuing shower activity across the area with snow levels rising to 2500 to 3000 feet Monday. The heaviest snowfall will likely shift to the Mount Shasta area Monday, where precipitation will be enhanced by orographic/terrain lifting.
Long term...Tuesday 8 Nov through Saturday 12 Nov 2022. The closed upper low will remain offshore Tuesday, and this will keep the region in a cold and showery pattern with well below normal temperatures.
By Wednesday morning the deterministic GFS forecast model shifts the upper low into the great basin while the ECMWF forecast model just moves it inland over the Pacific Northwest. The ensemble plots favor the more progressive shift. If this verifies, there will be a break in the active pattern, but temperatures will remain well below normal late Wednesday through Thursday. The overwhelming majority of the GFS forecast model ensemble members are dry during this period. The ECMWF members are also mostly dry, but with a slightly later timing into Friday.
On the tail end of next week things become muddled with the deterministic runs of the GFS and ECMWF becoming out of phase with the GFS. The GFS depicts a closed low a little offshore of the northern Oregon coast while the ECMWF goes with a weak trough. However, the ensemble members of both are generally indicating dry conditions. The GFS is a bit wetter with almost half of the members indicating precipitation at the Medford airport while the ECMWF has more dry members.
The above information is made possible by First Strike Environmental. Providing emergency response and management of hazadous materials incidents and also response for wildland fire fighting, First Strike is the first call of many state and federal agencies. They are a Southern Oregon family owned company in Roseburg. Proud to sponsor Rogueweather.com. 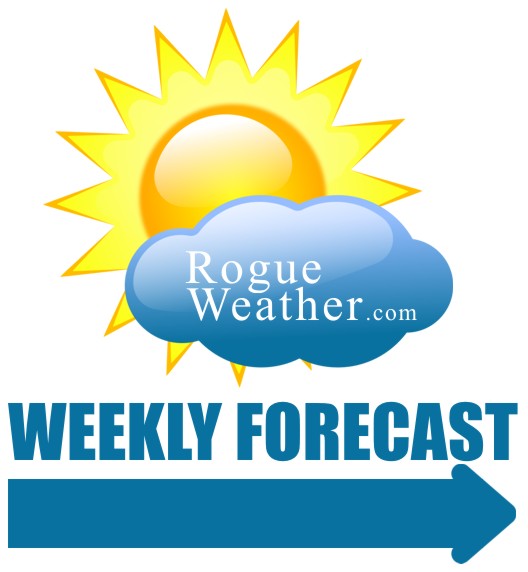 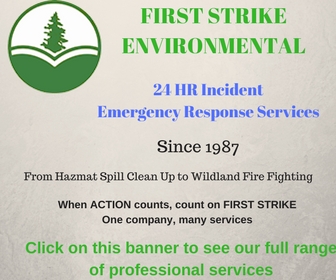